Optional was designed to be used as a return type for methods that can't always return a value, like for example getFirstElementOfAList(), which can't return anything else if the list is empty: returning null would be less clear than returning an empty Optional, and could mean that the first element is null, and not that there is no first element.

The designers don't intend Optional to be used as a convenience construct to chain methods. See the presentation by Stuart Marks (who works on the JDK), and especially what he says at the 28th minute:

It's generally a bad idea to create an Optional for the specific purpose of chaining methods [...]

You're of course free to disrespect the intended design and the best practices, but your colleagues might also be free to hate you for that :-)

Note that the two snippets you posted don't do the same thing. The first one does nothing if the user name is null, whereas the second one sets the user to null (which might in turn throw an exception or overwrite the previous value)

I would just use (assuming what you want is the first version):

They are different things, one is an Object, another is an operator. you shouldn't comparing between them. the first approach can be simplified to this, which will be more readable & descriablable:

IF you really want to comparing between them, the only one different is you have been mentioned above. and if you process condition or result more complex in an operator that will result to the expression is too complex to read. 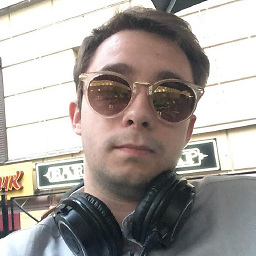 I am a full stack developer with Java/JS stack having almost 5 years of experience working in hospitality and fintech primarily with Spring, Spring Boot, Hibernate, AngularJS, Angular. Nice additions: I've got a Master's degree in Computer Science and have some practical skills in Machine Learning.

Concatenate two or more optional string in Java 8
How do I initialize an Optional<List<T>>?
Return value from Optional
Casting type inside Optional
Returning from Java Optional ifPresent()
Java 8 Optional instead of if
Using Optional with Streams in Java
How to convert a List to List<Optional>?
Null check using Optional
Call "Optional#isPresent()" before accessing the value