What is the best Scheme or LISP implementation for OS X?

I'd go with Racket. It may not be as fast as SBCL, but it does have excellent libraries and documentation, as well as an integrated environment that's designed to get you developing and running Scheme programs right out of the gate. What I really like about Racket's IDE, DrRacket, is what you don't have to do—you don't have to learn Emacs, you don't have to learn SLIME, you don't have to worry about hunting down third-party libraries, as virtually all libraries meant for Racket can be found in packages. All in all, it really cuts down on the learning curve and allows you to focus on the actual task at hand: writing great code.

Also, it comes with a web server if you want to make Racket-powered websites (which I'm currently looking into).

I did quite a bit of experimenting with this.

Clozure Common Lisp (née Open MCL) is by far the fastest; 25-30 percent faster than the next competitor on my intel Mac Mini.

MIT Scheme works quite nicely on a Mac. I think I eventually compiled it myself, but there are binaries at that site. PLT Scheme is also nice, and possibly a little better integrated into the Mac world. (PLT Scheme is now known as Racket, but I haven't experimented with it after the change.)

For Scheme, DrRacket is awesome (included in Racket).

For Common Lisp, Ready Lisp is great. A single dmg with SBCL, Aquamacs and Slime working out of the box.

From the Web site:

Ready Lisp is a binding together of several popular Common Lisp packages especially for Mac OS X, including: Aquamacs, SBCL and SLIME. Once downloaded, you’ll have a single application bundle which you can double-click — and find yourself in a fully configured Common Lisp REPL.

It’s ideal for OS X users who want to try out the beauty of Common Lisp with a minimum of hassle. It could also be used by teachers to give their Mac students a free, complete Common Lisp environment to take home with them. Requirements

I'm a huge fan of Clojure, SBCL, and Clozure CL. They are all fantastic, but they are also overkill if all you want to do is refresh your Lisping chops. They all require absurd amounts of info hunting, mailing list searching, package installing, irc lurking, etc.

Dr Scheme just installs and runs. I finished the first 3 chapters of SICP four and half years ago using Dr Scheme. Nothing was more profound than defining a Scheme evaluator in itself. Once you get your head around that you'll have a lot more patience for the industrial strength brethren.

Depending how you define "Lisp", Clojure may fit the bill. It runs on OS X fine (it runs anywhere the JVM runs). It has web capabilities and it's free.

It also has the benefit of being new and fresh and fun to use. Might be ideal for hobby programming. It's easy to write web apps or GUI apps (using Java's Swing or even Qt). 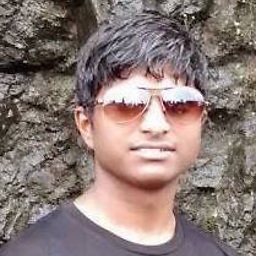 Education I hold a Master's Degree in Computer Science and a Ph.D. in Cognitive Science, both from the University of Delaware. Work Worked at Bell Labs from 1986 to 1991 in an applied Artificial Intelligence group building custom probabilistic logics to perform categorization and classification of ambiguous signals. After a brief stop doing C++ UI work in another department, I moved to Bell Labs' Advanced User Interface design group where I stayed until 1995. I started my own software company, BSDI, in 1991 and pursued it part time until leaving Bell Labs. BSDI is now one of the most influential software companies in the Fitness and Health Promotion market (If you haven't heard of us, it is because we work only with F/HP professionals - not with end users).

“car: contract violation expected: pair?” while inserting into a tree
zip function in Racket/Scheme
Racket - output content of a list
How do I write Push and Pop in Scheme?
How do I find the index of an element in a list in Racket?
What exactly is a symbol in lisp/scheme?
What are the actual differences between Scheme and Common Lisp? (Or any other two dialects of Lisp)
What are the differences between Clojure, Scheme/Racket and Common Lisp?
How is Racket different from Scheme?
How do foldl and foldr work, broken down in an example?