I would also recommend Path2D. GeneralPath is a legacy class; don't use it.

Path2D does provide access to the vertex values, albeit it a roundabout fashion. You need to use a PathIterator:

When you're ready to get fancy, you can expand that else to support the quadratic and cubic curves. I assume you don't need those at this time as you're talking about polygons.

Perhaps have the internals of the polygon at a different scale?

Multiply by a large number and typecast to int when writing to it, divide by the same large number when reading? 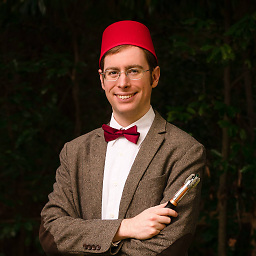 I'm an assistant professor of Computer Science at Augusta University. My research areas include fault-tolerant distributed systems, Internet of Things devices, and privacy and security concerns in systems. I mostly program in C++ these days, but I also have experience with Python, Java, C, and C#.

How to draw a Round rectangle in java with normal rectangle outline
Drawing a bold line with drawLine() when extending Canvas
Drawing a nice circle in Java
Changing the colour of text in drawstring()
Collision detection with complex shapes
How to create a Graphics2D instance?
Creating a GUI with multiple panels and one frame
java.lang.Error: "Not enough storage is available to process this command" when generating images
Can I use multiple ActionListeners in a single class?
How to use buttons to type in a text field?