C++ - How to read Unicode characters( Hindi Script for e.g. ) using C++ or is there a better Way through some other programming language?

I would seriously suggest that you'd use Python for an applicatin like this. It will lift the burden of decoding the strigns (not to mention allocating memory for them and the like). You will be free to concentrate on your problem, instead of problems of the language.

For example, if the sentence above is contained in an utf-8 file, and you are uisng python2.x. If you use python 3.x it is even more readible, as you don't have to prefix the unicode strings with 'u" ', as in this example (but you will be missing a lot of 3rd party libraries:

This is an "unfolded" example, As you get more used to Python there are shorer ways to express this. You can learn the basics of teh language in just a couple of hours, following a tutorial. (for example, the one at http://python.org itself)

Wow, already 6 answers and not a single one actually does what mgj wanted. jkp comes close, but then drops the ball by deleting the daṇḍa.

edit: changed to read from STDIN as per comment, added best practices pragmas

If you are working in C++ and decide that UTF-8 is a viable encoding for your application you could look at utfcpp which is a library that provides many equivalents for types found in the stdlib (such as streams and string processing functions) but abstracts away the difficulties of dealing with a variable length encoding like UTF8.

If on the other hand you are free to use any language, I would say that doing something like this in something like Python would be far easier: it's unicode support is very good as are the bundled string processing routines.

Also, since you are doing natural language processing, you may want to take a look at the NLTK library for Python which has a wealth of tools for just this kind of job.

ICU - International Components for Unicode is IBM supported C++ library that is starting to become a standard for handling of characters of all languages. I see more and more projects using it. It does the job really well. Here are the features (copy/pasted from the website):

Take a look at http://site.icu-project.org/, a C++ library to process unicode strings. 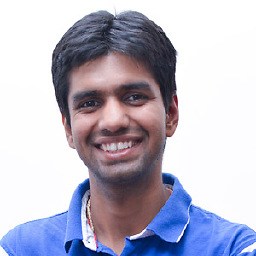 Mohnish is: A human being driven by values &amp; a person who cares about people &amp; his work | Programmer (9.5+ years) with primary experience using Ruby(7+ years) | Experience in Elixir(elementary) | An open source contributor | A blogger | A believer in Vasudhaiva Kutumbakam Some of his open source project contributions: Codebar Planner(contributions present here) - The project that powers https://codebar.io/ Ruby Hexpm Elixir Lang Website - including adding a Debugging chapter in collaboration with Jose Valim Some of his side projects include: [Ruby] A sales tax problem here [Rails] An Activities collator app built using Rails here Some of the Ruby articles that he's written include - How to Setup RSpec, Factory Bot and Spring for a Rails 5 Engine Learnings from facilitating a Ruby meetup where people solved an Exercism kata via Pair programming Guest blogs The journey of solving an Elixir exercise on Exercism and how that led me to look beyond the impostor syndrome His experience with working in a Distributed Team towards building a Javascript project He blogged on the ​CodeNewbie site​ about the experience of ​building a hangman game Some of his speaking opportunities include Code Beam SF 2018​ on L​earning Elixir Better through Collaboration &amp; Giving Back 5 Random Ruby Tips​(covering some really useful Pry features) at a ​Singapore Ruby Group​ meetup I believe in giving back &amp; if there's a way I can respond to your questions on anything related to software or other areas, I'll try my best to get back time permitting. My email - [email protected] Have a fulfilling day ahead! :)

Why am I getting some extra, weird characters when making a file from grep output?
Unix to verify file has no content and empty lines
BASH: can grep on command line, but not in script
Safari on iPad occasionally doesn't recognize ASP.NET postback links
anchor tag not working in safari (ios) for iPhone/iPod Touch/iPad
Logging SOAP request and response on server side
No value at JSON path "$.name", exception: json can not be null or empty, Using Mockmvc and Spring-boot
What is the difference between @RequestMapping and @PostMapping
enzyme simulate submit form, Cannot read property 'value' of undefined
How to log an entire request (headers, body, etc) for a certain url?
Jest Equality Matcher For Strings That Disregards Whitespace
rails 4 redirect back with new params